“Say No to B.O.” Signs Hit Dozens of Swing-State Campuses

No other demographic has suffered more from the economic policies of this president than the under-30 crowd. Young people have been left jobless, saddled with debt, and living at home with their parents.

Beyond making fun of the President’s initials, these signs and posters also include three big statistics explaining why young Americans should fire Obama.

The policies of this president have significantly increased the cost of living and of higher education, while leaving young people with lower incomes or no job prospects whatsoever.

In the last four years, tuition has increased 25 percent and average student loan debt has increased 15 percent. Students are finding that they are spending astronomical amounts of money for a college degree that will only give them a 50 percent chance of finding a full-time job after graduation.

Not exactly the American Dream.

Nothing breaks a sense of misery like good old college humor, which is why Students Against Barack Obama is encouraging students to post these signs around their college campuses. Young people have a chance to ensure they don’t get four more miserable years–all they have to do is “Say No to B.O” on November 6th. 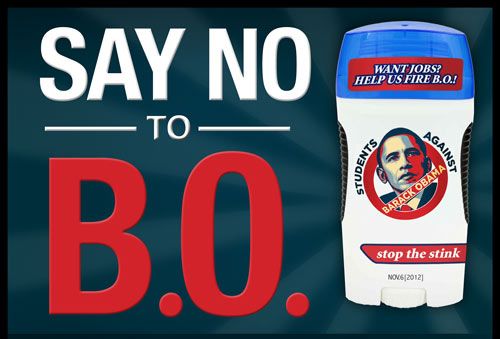 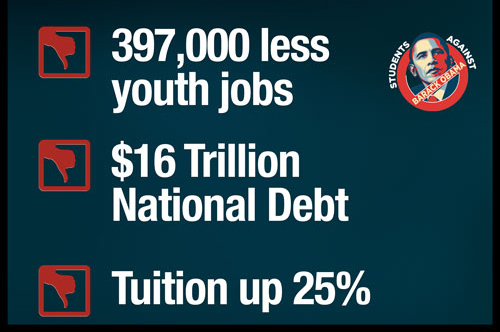