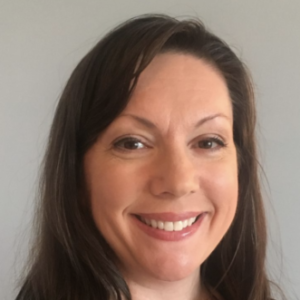 Liz Dickinson is the Virginia Director for American Majority. She has a background in activism, outreach, county leadership, and national security. Recruited by the CIA during graduate school, Liz moved to Virginia and began her career as an Intelligence Analyst. She briefed and wrote finished intelligence for senior US officials on Russian political-military issues. While she enjoyed working for the Agency, she wanted to become directly involved in the political process.

Free from the constraints of the Hatch Act, Liz jumped into politics, volunteering with state, local, and national campaigns to promote conservative candidates. She became active in the local Republican Party, serving as the Loudoun County Republican Committee’s First Vice-Chairman, as well as several other leadership positions. She has worked with elected officials and candidates, planned and directed the county’s Republican convention, oversaw Election Day staffing, recruited volunteers, and worked on campaigns.

Liz earned a Master of Arts degree in International Policy Studies & Nonproliferation and a Bachelor of Arts in Russian and Political Science. She is a news junkie who enjoys politics, international relations, and spending time with her family. A lover of all things Virginia, she is excited to work with conservatives across the Commonwealth. Liz resides with her husband and their seven children in Leesburg, VA.