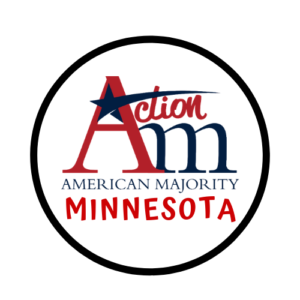 Lonny brings 14 years of public and private sector experience to American Majority. He worked for many years as a political operative, public relations public affairs specialist and his background in campaign management helped hone excellent leadership and motivational skills.

Lonny previously served as a Regional Director for a 501(c)3 non profit political training institute, American Majority and a 501(c)4 American Majority Action. During that time, he worked with candidates on media training and campaign management. Lonny headed up American Majority’s efforts in the upper Midwest as well as in the battle ground state of Florida. In the 2010 election cycle he helped train 100 candidates in Minnesota running for local, state, and federal offices, of which 94 won their primaries.

That same election cycle, Lonny spearheaded American Majority Action’s Get Out the Vote Efforts in Wisconsin, working successfully with local media outlets to further the movement. The group targeted a U.S. Senate race and three U.S. Congressional races, winning 3 out of the 4 contests. In 2012, Lonny oversaw the Get Out the Vote efforts in 6 target counties in Florida where they saw increases in the Conservative voter turn out compared to the 2008 results.

Lonny has worked on several campaigns in Minnesota. He worked for U.S. Senator Rod Grams in 2000 and Mark Kennedy’s successful re-election campaign in 2002. He led the charge in 2004 as a Regional Field Director for Bush-Cheney and was Political Director for Congressman Mark Kennedy’s U.S. Senate bid in 2006. Lonny has also worked on Federal campaigns in Texas for Congressman Henry Bonilla and Washington State for Congresswoman Cathy McMorris Rodgers, and most recently as campaign manager for Adam Hasner’s U.S. Senate race in Florida.

Lonny was born and raised in Saint Paul, MN and graduated from Marquette University in Milwaukee, WI, with a Bachelor of Arts in political science.

Jennifer DeJournett is serving her second term as an elected Commissioner of the Three Rivers Park District representing 174,000 residents.

Jennifer co-founded two organizations that encourage and engage women in the political process and support common sense, pocketbook women running for elected office. Her organizations have trained, elected and re-elected over 50 women to local, county and state legislative offices in four states.

In 2008, Jennifer was a volunteer for Catholics for McCain and recruited volunteers for their efforts at the Republican National Convention held in Minnesota. In 2011, Jennifer was the Minnesota Deputy State Director for the Newt Gingrich for President campaign.

In 2012, she led VOICES of Conservative Women’s efforts at the Iowa Straw Poll. Those efforts included hosting a Presidential Candidate Forum breakfast and constructing, staffing and managing a large reception area on the straw poll grounds in partnership with a local women’s organization as well as speaking to National and International media regarding the importance of engaging women voters to support Republican candidates.

Jennifer lives in Maple Grove with her husband and four children. She earned a Bachelor of Science degree in Civil Engineering from Iowa State University and has completed a Mini MBA through the University of St. Thomas Executive Education Series. She is also currently pursuing a second-degree accounting and management.

Read More
Comments Off on Ned Ryun: Do You Renounce Big Tech and All Their Evil Works?
Previous123Next