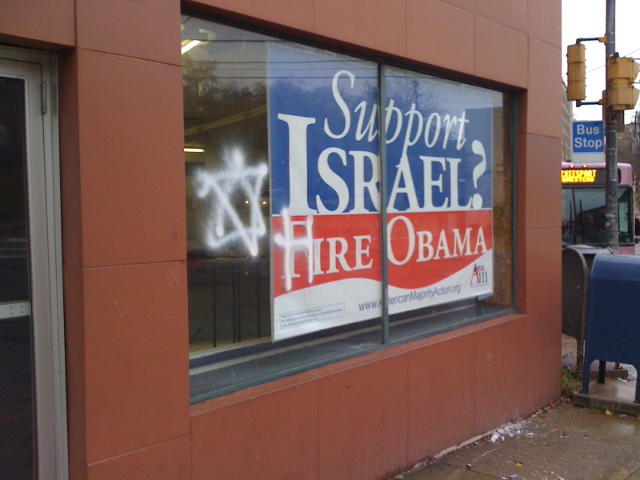 An American Majority Action (AMA) office in Pittsburgh, Pennsylvania has been vandalized””again””by an Obama supporter.

Last night, the perpetrator was caught on surveillance film spray painting pro-Obama messages on the office windows, similar to the vandalism that took place at this office nearly two weeks ago. While it appears to be two different individuals, the identities of the vandals are unknown.

Most noticeably, the vandal also painted a Star of David on the window.

Martin Gillespie, the Executive Director of American Majority Action and manager of the office, said, “In a sign of desperation that Pennsylvania is slipping from their grasp, Obama supporters in Pennsylvania are resorting to vandalism and intimidation to keep the Keystone State in their column.”

“It won’t work. Pennsylvania will shock the political world by voting to keep America free and firing President Obama this Tuesday, November 6th.” 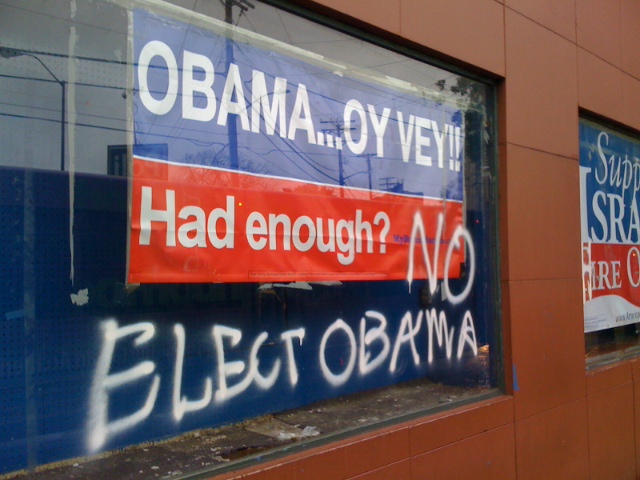