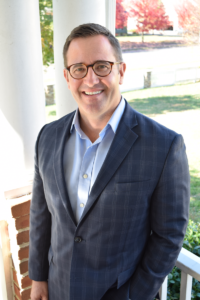 Ned is the founder and CEO of American Majority Action, as well as its sister organization, American Majority. He has co-authored two books with his brother Drew Ryun: The Courage to Run and Heroes Among Us. Ryun and his wife, Becca Parker Ryun, currently live in Purcellville, Virginia with their four children.

The son of former U.S. Congressman Jim Ryun, Ned graduated with honors from the University of Kansas in 2000, majoring in English and History. While there, Ryun also ran on the Cross Country and Track and Field teams.

Ryun has been featured on Fox News, CNN, Politico and The Washington Post, among other notable media outlets. He is an occasional front-page contributor to RedState.com, and a regular contributor to the American Spectator website.