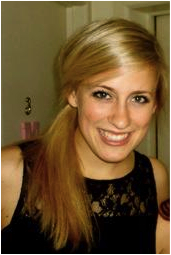 Celia Bigelow is a recent graduate of Hillsdale College and a leader in the conservative youth movement. At Hillsdale, Celia discovered the need for a national youth activist movement when she noticed mass apathy–even among the most conservative students in the country. In response, she launched a conservative group on campus targeted at training activists.

After college, Celia has continued her efforts as American Majority Action’s Campus Action Director. Celia is organizing students across the nation to start Get-Out-The-Vote (GOTV) drives to register conservative students for this November’s election.

Celia hopes to build a movement of young Americans to force Washington’s politicians to actually fight for the youth vote and focus on youth issues. She believes young Americans need to hold our government accountable so they stop mortgaging our future with fiscal child abuse.

As a part of her efforts, Celia also keeps an active media presence, appearing on various radio shows and publishing frequently with Fox News Nation, CNS News, Daily Caller, and The Blaze.