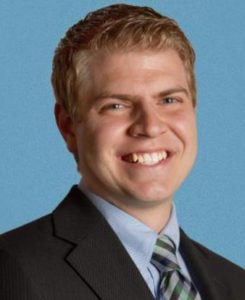 Matt opened American Majority, Inc.’s Wisconsin office in October 2010. Under his leadership, American Majority Wisconsin has trained over 1,200 candidates, campaign managers and activists at more than 35 trainings across the state. During the height of the 2011 union protests in Madison, Matt organized American Majority’s “I Stand with Walker” rally that gathered more than 10,000 patriots to show the nation their support for the Budget Repair Bill. Prior to both recall elections, Matt executed training blitzes, to equip hundreds of activists on how to help their candidates at many locations across Wisconsin.  Matt has also deployed a massive online army through co-creating a Twitter hashtag – #Wiright – designed to mobilize grassroots conservatives online in an unprecedented way.

Batzel also ran American Majority Action’s (AMA) Get out the Vote Operation prior to the Walker Recall Election.  Under his guidance, AMA volunteers and staff knocked on more than 7,000 doors and contacted over 42,000 voters in key counties.  In the three main counties AMA targeted, turnout increased 14.8%, which was more than double the average increase of turnout compared to 2010.

Prior to joining American Majority, Matt gained experience at the state and federal levels, including in all three branches of the federal government.  He has a tax law background, having practiced in the private sector for over two years following his graduation from law school. He lives in Cedar Grove, Wisconsin with his wife and four children.