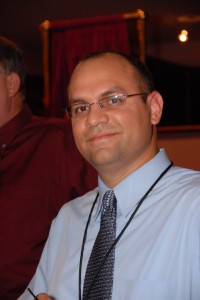 Chris Littleton is the former President of the Cincinnati Tea Party, and Co-founder and former President of the Ohio Liberty Council, a coalition of over 75 liberty minded groups across Ohio. His work or opinions have been featured in the Washington Times, Rolling Stone, The Hill, Fox News, USA Today, American Spectator, Reason TV and a variety of other local and regional media outlets.

Joe Seehusen, Deputy National Campaign Manager for Ron Paul in 2008 said of Littleton – “Chris Littleton is a rising star in the freedom movement. Chris lives in the real world of freedom politics.  Less philosophy and more petitioning. Chris is leading libertarians out of their basements and into the streets.”

Chris helped lead an Ohio statewide ballot initiative for a “Healthcare Freedom Amendment” to Ohio’s Constitution which addressed healthcare mandates. Placed on the November 2011 ballot by gathering 546K signatures across all 88 Ohio counties and becoming the largest volunteer signature gathering effort in Ohio history – the Ohio Healthcare Freedom amendment (Issue 3) won 66% of the statewide vote including every Ohio County, giving it the largest margin of victory for any citizen’s initiative in Ohio history.

A graduate of Ohio University, Chris spent many years in sales and business development in the healthcare industry before becoming a political activist in 2008 and later starting a political consulting firm, and working with American Majority as state director in Ohio. He and his wife Kim live just outside Cincinnati, OH and have been blessed with three children.